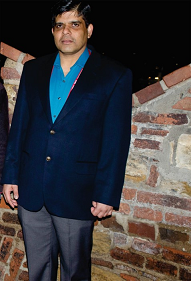 In this Colloquium, Prof. Banerjee will discuss our recent work on the development of an all-laser-driven, tunable x-ray source based on inverse Compton scattering. This source produces highly collimated beams of high-energy x-rays that span the energy range 10 keV to 20 MeV. Unlike conventional bremsstrahlung the x-rays  have low energy spread and a bandwidth as low as 10% has been  reported. This breakthrough device uses two high-power laser  pulses obtained from the PW-class Diocles laser system. One pulse  accelerates electrons to high-energy by the process of  laser-wakefield acceleration and the second pulse scatters off  the electron beam to produce x-rays. High-brightness is achieved on account of the fact that the electron and laser pulse are both  micron size and femtosecond duration and can be made to interact optimally in the counterpropagating configuration. The system can  operate in a repetitive mode with photon output of 108 photons    s-1. The peak brightness approaches 1021 photons mm-2 mrad-2 s-1  (0.1% bandwidth) and this is three orders of magnitude higher than for conventional Compton sources. We have used this source  to demonstrate a number of proof-of-concept applications such as  radiography through dense shielded structures, photonuclear activation, and diffractive imaging using single photon  spectroscopy. In addition the scattering process can be used to infer the characteristics of high-energy electron beams and has been used to measure the intrinsic emittance in a regime where    the electron beam is strongly influenced by space-charge induced forces. More recently we demonstrated for the first time, high-order multiphoton scattering by the use of laser intensity     approaching 1021 W cm-2, and our experimental results indicate that >500th order harmonic is produced in the interaction of free  electrons with intense laser light.

ABOUT THE SPEAKER: Dr. Sudeep Banerjee is a  Research Associate Professor in the Department of Physics and  Astronomy at UNL. For nearly two decades, Dr. Banerjee’s  research has focused on the use of intense lasers. His work has mainly focused on the development of a state of the art high-power laser facility, generation of high-energy electron  beams, understanding the mechanism that makes laser wakefield  acceleration such an attractive research area, and the   application of these electron beams to produce x-rays from an all-laser driven source. Prior to joining the University of Nebraska, Dr. Banerjee was a post-doctoral research fellow and senior research associate at the Center for Ultrafast Optical Sciences, University of Michigan where he studied the interaction of free-electrons with light and the generation of high-energy x-rays using the table-top-terawatt laser system. Dr. Banerjee obtained his masters degree from the Indian Institute of Technology, Kanpur (India) and his Ph.D. from the Tata Institute of Fundamental Research, Mumbai (India) and has been involved  with research using high-power ultrashort laser systems for over  two decades.