Rutherford Backscattering Spectrometry (Chu et al., 1978, Mayer & Rimini, 1987) relies on the detection of light particles, usually protons or alphas with about 2MeV energy, after being scattered by atoms in a sample. Measuring the energy and the intensity of the scattered ions gives information on the sample's composition and elemental depth profile. The underlying physics was developed by Rutherford in 1911 with few changes since then. RBS analysis is extensively used in the semiconductor industry, for thin film analysis since its detection limits are of the order or less than one monoatomic layer and the analysis usually takes less than 15 minutes. One important feature of the RBS analysis is its ability of measuring elemental depth profiles in thin films (<1um) with a resolution of 10 nm. With the development of MultiSIMNRA at LAMFI-USP (Silva, et al, 2016) the elemental depth profiling reached a new era of quality and precision, since several RBS/ERDA/PIXE spectra can be analyzed self-consistently yielding a unique solution and the best elemental profile that explains all data simultaneously. A variant of the RBS analysis is the resonant scattering, which at defined  beam energies, favors the scattering of the beam in specific angles, greatly increasing the detected signal. For example, the O16 (α, α) O16 resonant reaction at 3.038 MeV at an angle of 170° is usually used to measure the content and depth profile of oxygen in thin films. 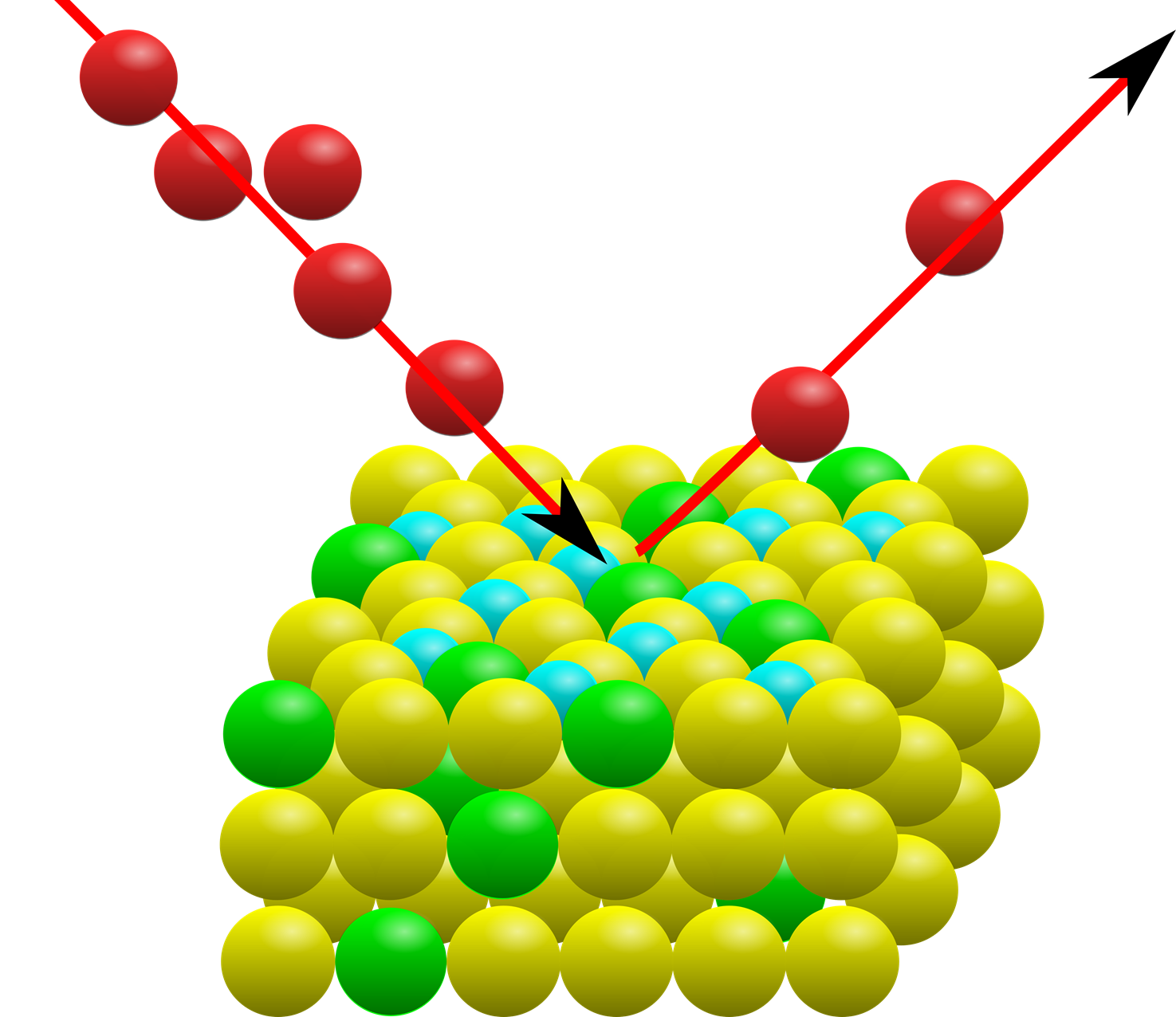 Got interested in RBS? Give it a try and schedule an analysis here.

The Particle Induced X-ray Emission (PIXE) method was first suggested in 1970 by Johansson and Johansson (Johansson, 1970; Johansson, 1976), exploring the energy dispersive analytical capability of the just released energy dispersive Si(Li) X-ray solid state detector, by analyzing the dust outside the laboratory window collected on a thin plastic sheet. The PIXE method measures the characteristic X-rays emitted by a sample irradiated by an ion beam of a few MeV/amu of energy (usually protons or alphas). The PIXE analysis is very similar to the X-Ray Fluorescence analysis, both measuring characteristic X-rays, but replacing the primary X-ray excitation of the XRF by an energetic ion beam in a PIXE setup. When striking an atom, an energetic ion can remove an inner shell electron leaving the atom electronically exited. Hence, during de-excitation, the atom can emit characteristic X-rays (or Auger electrons) revealing the elements within the sample. The characteristic X-rays are measured by a highly sensitive energy dispersive detector able to resolve the X radiation in its components. Due to the absorption of the X-rays in the entrance window of the detector, PIXE analysis is limited to elements above Na (Z>11). The detection limits of the PIXE technique are very low, of the order of ug/g ( ppm), or 1014 at/cm2, which is of the order of one atomic monolayer. Due to the high yield of the X-rays in the energy range of 1 to 20 keV produced by ion impact, small samples, to the lower limit of approximately 1 ug/cm2, can still generate enough X-rays, allowing acceptable minute long measurements. Broad beam PIXE analysis is used to measure sample areas of about or lower than 0.5 cm2. 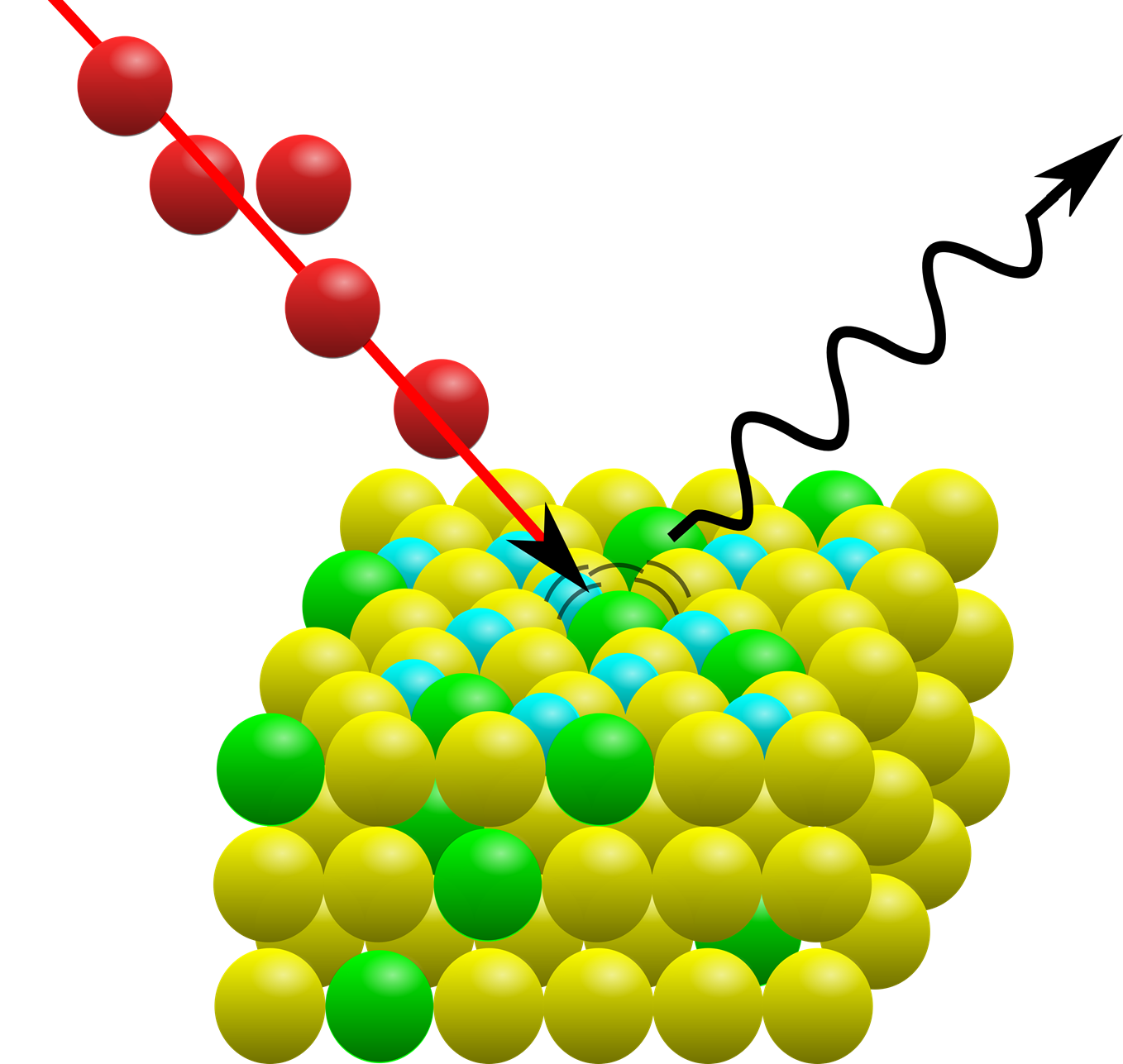 Got interested in PIXE? Give it a try and schedule an analysis here.

The PIXE and RBS methods alone cover almost the entire periodic table. The PIXE method detects elements with Z> 10, being especially sensitive in the range 20 <Z <40. RBS analysis is sensitive for all elements with Z> 2. With RBS it is not possible to measure either hydrogen or helium. The hydrogen content in materials can be measured using the Elastic Recoil Spectrometry, also known as ERDA (Elastic Recoil Detection Analysis) with He beam with 2 to 3 MeV of energy, in which the detector is mounted on front angle to detect hydrogen atoms ejected from the sample (Freire Jr, 1990; Baglin, 1992). 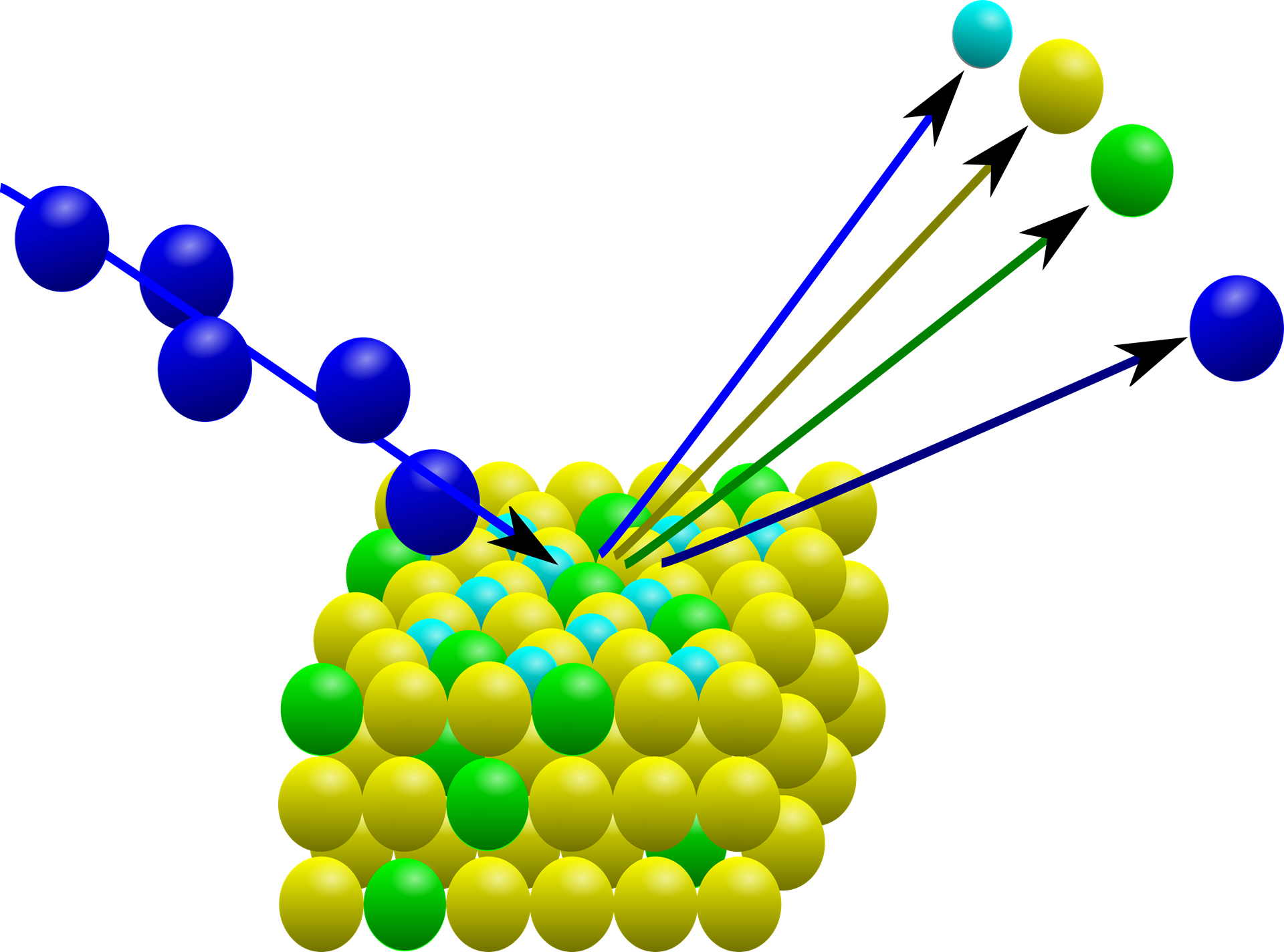 Got interested in ERS? Give it a try and schedule an analysis here.

In the Nuclear Reaction Analysis we induce nuclear reactions or excitations in elements of the sample. It varies from case to case. Especially common are the reactions (p, n), (p, γ), and (p, p '). Due to the low energy of the beams used in IBA, NRA is mainly used to detect H, Be, B, C, F, O, and N elements. Gamma Ray Emission Spectroscopy (PIGE) is one of the variations of the NRA technique. The analysis is relatively simple and straightforward since the energy of the transitions and cross sections are well known and tabulated (Lederer, 1978; Gerab, 1996). 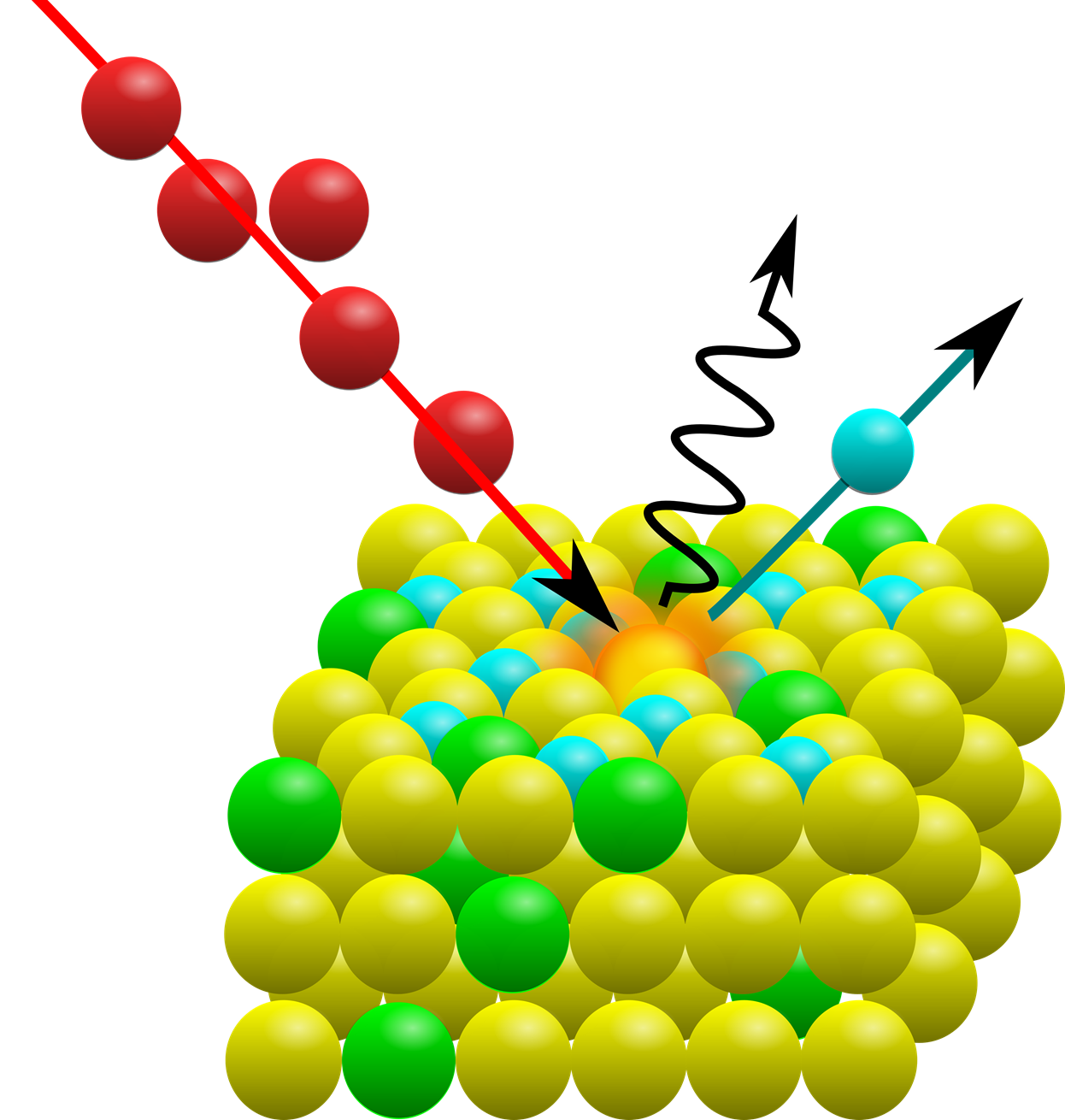 Got interested in NRA? Give it a try and schedule an analysis here. 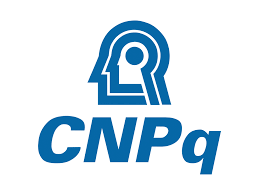 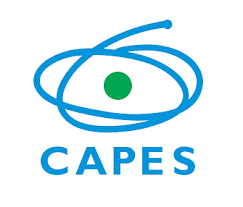 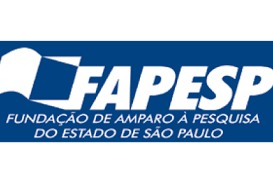 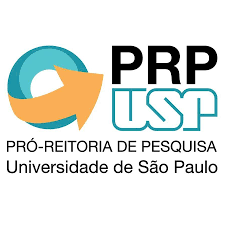