Ultrafast magnetization manipulation by a small number of photons 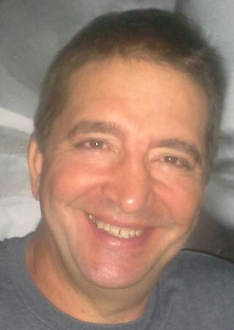 New efficient mechanisms for the manipulation of the properties of matter, in the ultrashort time scale, are of huge present interest, both academically as well as for applications. Here the recent discovery, by the Magneto-Optics Group at IFUSP, of giant (1,000 Bohr magnetons) and supergiant (10,000 Bohr magnetons) photo-induced spin polarons (SP), will be reported. The photoinduced SPs discovered by us are several orders of magnitude larger than previously known, both in concentrated as well as in diluted magnetic semiconductors. The giant and supergiant SPs are photogenerated in the ultrafast (sub-nanosecond) time scale. Our result leads to novel ways of ultrafast magnetization manipulation by a small number of pump photons. We predict that, by appropriately choosing the magnetic semiconductor, even larger (100,000 Bohr magnetons) SPs will be photogenerated, but only around the critical temperature of the semiconductor, where its magnetic susceptibility explodes. These predictions are demonstrated by our preliminary experiments, and by our Monte Carlo simulations of the photoinduced SP.

Sobre o Palestrante: PhD in Physics from the Pontifical Catholic University of Rio de Janeiro (1984), Post Doctorate at the University of Oxford, UK (1986-1988). Full Professor, and founder of the Magneto-Optics Group, at the Institute of Physics of the University of São Paulo at IFUSP (http://romeo.if.usp.br/~andreh/lmo/pesquisa.html).